Trauen is the eighth video posted by Kind von der Ritter. It was uploaded on September 30, 2011 in response to Log 19.5 (Update).

The video is apparently filmed from Kind von der Ritter's point of view, as he walks down the street and enters Chris' house. He sees Chris' Father reading in the dining room then goes upstairs into Chris' room, where Chris is on his laptop. He approaches the window near Chris' bed before going back downstairs and leaving the house. The video has brief instances of visual and audio distortion. 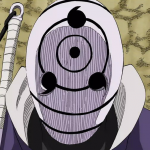