Mary Asher was the mother of Milo Asher and the aunt of Noah Maxwell. As of 1985, she was a member of the Southern Chapter of The Order, having been recruited into the organization by Henka Visæ. She later left The Order and went into hiding. In 2013, at age 55, Mary was found dead in the passenger seat of her car, which was partially submerged in a lake in Alabama, with a single gunshot wound and black tape over her eyes in the shape of X's. 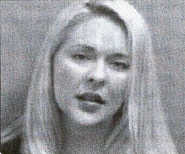 Add a photo to this gallery
Retrieved from "https://darkharvest.fandom.com/wiki/Mary_Asher?oldid=5161"
Community content is available under CC-BY-SA unless otherwise noted.